Breathtakingly beautiful and vigorous music, which exceeds all limits between the genres and exhibits homogeneity and clarity in the sound of the band in its own sophisticated and highly creative way.

The Rainbow Trio around the artist Susan Weinert is as colourful as a rainbow forming its shining arch in the sky. Graduate in classical music, concert pianist Sebastian Voltz adds a nuance of chamber music to guitarist Susan Weinert's universe of sounds, which she skilfully uses to expand the already widely diverse sounds of her compositions. With his gentle accompaniment on the acoustic bass, Martin Weinert, Susan's husband and co-musician for decades, lays the foundation on which the compositions unfold and adds shades of colour with his improvisations.

Music equally soulful and spiritual. Pleasant sounds lingering on for quite a long time after every show. A varied fantastic musical journey from the silence of a Norwegian fiord to the hustle and bustle of a North African marketplace.

When Mike Mainieri, the musical brains of New York band Steps Ahead,heard Susan Weinert on the guitar for the first time, he found it very hard to believe that a woman could play so powerfully and spontaneously hired her for a tour with his band. What he liked most of all, besides the powerful style, was Susan’s independence. He told journalists that „Susan has carved out her own niche in the cluttered world of guitarists. International recognition is at her doorstep.“

And thus it came to pass, because the energetic power-lady has meanwhile travelled around the world with her guitar and her songs several times over, appearing in clubs and at international festivals.With this tireless concert tour embracing over 3000 appearances; Susan Weinert has managed to play herself into the international league of leading guitarists permanently.Her powerful style, her virtuoso technique and her sophisticated, innovative compositions have won her many ardent fans and left astonished critics behind around the world. She was meanwhile engaged by artists from the US music scene as a guest soloist for their formations on several occasions. But for Susan, working on her own projects always takes first place. Under her own name, she has published no less than 13 albums worldwide so far. These employ a wide range of styles. The musical spectrum ranges from energetic jazz-funk-rock-electric-guitar-fireworks to emotional ballads performed on the acoustic guitar and featuring shimmering sound cascades. All this is liberally sprinkled with unusual sounds, as Susan loves to experiment, frequently relying on virtual sound creations, in addition to her various guitars.Susan Weinert thinks of her instruments as tools for the realisation of musical ideas and timbres and feels as at home with an acoustic guitar as she does with an electric one.This is also one of the reasons why she prefers to present her ideas on stage in changing formations, depending on which grouping can best realise the respective style. In doing so, she relies on long-standing companions and associates, with whom she has many joint appearances and shared experiences in common and who, by virtue of their musical personalities, decisively help shape the unique sound of the respective formation.

...“a world-class European guitarist .......independent and highly individual (....) a concert given by this trio is a real experience“......Acoustic guitar /Coverstory....“the only German Jazz guitarist of any distinction“.......delicate and contemplative games with her strings .....shaped by intimacy and sensitivity......flawless interplay of the duo with timelessly beautiful solo pieces ……and a master of delicate timbres ……..Jazz Podium…she has no reason to be afraid of international comparison ……fantastic compositions, innovative improvisations…….guitar acoustic……Susan plays with a refreshing openness, audacity and brilliance ……..independent formation…..60 minutes of world-class music...the legendary Jan Erik Kongshaug provided the sound ...  .....Gitarre & Bass….takes us through the tonal fields of the harmonious modern at an outstandingly high level ….a coherent sound mobile full of mature harmonies and acoustic dexterity…..……Jazzthing…….carpets of sounds consisting of magical melodies and sophisticated rhythms………. Spiegel online…..Thoughts & Memoires bears witness to virtuosity, well structured compositions and organic interplay….…….Jazzthetik…..a prima ballerina on the guitar ……….Schongauer Nachrichten 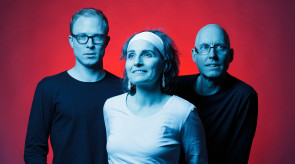 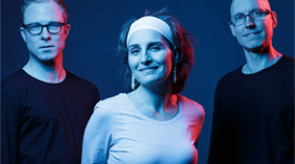