Energized world jazz music in a class of its own!!

Susan & Martin Weinert have been touring all around the world together for over 30 years already, giving more than 3000 concerts along the way. Which is probably the only way how this congenial and exceptional duo's breath-taking art of intuitive ensemble playing could come about. The Weinerts handle their instruments with a trance-like assurance that is rarely experienced in this form, opening a wide window for the audience into the very unique and magical world of sound Susan Weinert creates in her compositions.

Under her own name, she has published 12 globally released CDs to date. The repertoire of this guitarist is multifaceted and rich in variety. Scandinavian, floating cascades of sound, Africa- and Orient-tinged rhythms, atmospheric ballads and pulsating grooves. The artist's colour palette for drawing her soundscapes on the acoustic guitar is richly wrought. The marriage of harmonies from classic European modernity and contemporary jazz with rhythms from around the world begets a very unique and varied tissue of sound. The composing art at the very highest level.

What connects the Weinerts with the Polish saxophonist Andrzej Olejniczak is a friendship of many years' standing and a shared musical language. Andrzej started his career in the 1970s and was already showered with awards and sent on concert tours abroad at the time. This has earned him the status of a living legend amongst music critics in his Polish homeland, where he is held in great esteem and enjoys lavish attention.

He has been living and working in Bilbao (Spain) since 1984, employed by various music academies as a freelance musician and lecturer. And he is often on the road in the US and Europe with his own music. His scintillating and luminous tone on the saxophone perfectly complements the idiosyncratic sound cosmos of Susan's compositions, embellishing the acoustic patterns of the stringed instruments with a very special touch. 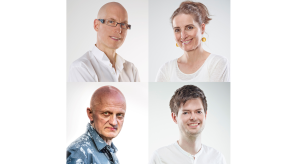 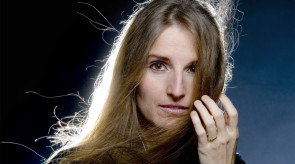