Music filled with relaxation and graceful beauty, a pleasure for the senses that reaches deep into the heart to linger there for a long time after. The window to a very unique and magical world of sound is thrown wide open for the listener.

In over 3000 concerts around the globe, Susan Weinert has managed to permanently claim her place in the league of path-breaking guitarists. Her unmistakable sound and melodious compositions attract a steadily growing community of inspired fans everywhere in the world. 12 globally released albums with compositions from her own pen pay witness to her creativity. Far transcending any notions of genre, Susan Weinert's music cannot be forced into the conventional pigeonholes of style.

Together with her husband and long-time companion Martin Weinert, who has become an integral part of her musical cosmos with his double bass, Susan Weinert has developed a breathtaking kind of intuitive ensemble playing that is rarely seen with this trance-like assurance in this form. 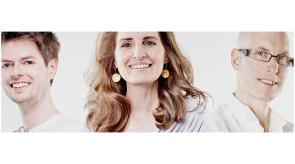